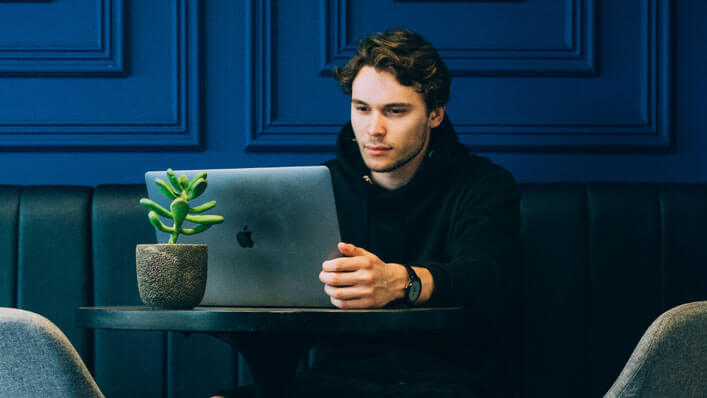 I cannot count the number of worship services I’ve stood through unmoved. Others around me would be weeping, dancing or shouting their passionate cries to the Lord while I stood in the midst of it wishing I felt something.

The Catechism states that the chief end of man is to glorify God and enjoy Him forever, but most of the time, if I’m honest, there has been little to no enjoyment of Him. In fact, in the midst of my addiction to pornography, there was often no enjoyment of anything at all.

Sometimes it would be so that I could not enjoy sunsets
or hikes in the mountains
or board games with friends
or sitting by the sea
or any of the small things that simply enrich our lives
because my mind was elsewhere.

It was as if the volume was turned down on reality.

“At other times it feels like being mildly drunk or concussed. There is a sort of invisible blanket between the world and me. I find it hard to take in what anyone says. Or perhaps, hard to want to take it in. It is so uninteresting.”

I didn’t cry for seven years.

Not because I resisted it by any means. The tears just never came. My wells were empty. My emotions had evaporated.

I even wonder, in the throes of my addiction, if a family member or dear friend were to die, if I would have cried. Or if I’d be the one at the funeral, sitting stoically silent, my face dry as the western plains.

Addiction is that powerful.

Even a ‘non-chemical’ addiction such as pornography has the ability to rewire our brains to the extent that we don’t feel. (And of course, any learned person knows that there are plenty of neurochemicals involved in a pornography addiction.)

In David’s great psalm of repentance, after he had committed adultery with Bathsheba, Psalm 51, he continually calls for God to return and awaken emotion within him. He prays, “Let me hear joy and gladness… Restore to me the joy of your salvation.” Part of repentance is returning to a delight in the Lord; it is also mourning the places we have grieved Him.

When I look at the person of Jesus, I see the polar opposite of numbness. I see someone who was entirely alive to His emotions, the full spectrum. I see a man who wept at the passing of his dear friend. In the Christian world, I often hear the verse thrown around as a bit of trivia: Do you know the shortest verse in the Bible?

Do we ever take time to think about the implications of these two words?

Seeking to escape the hard times and numb the pain is not what God wants in us. The enemy may lure us in with the promise of a pain-free life, but what ends up happening is reality becomes dimmed.

To be like God is to embrace the reality around us with the emotions He has wired into us, not to escape it. I picture Jesus on the mountain, crying out to the Father for guidance. I see Him in the temple courts, fiery with rage at injustice. And there He is in the garden, nervous and terrified of the suffering He is about to go through.

And as He hangs on the cross, shattered and dying, He is offered a drink to ease the pain. This cocktail was designed to reduce the agony of those suffering torture, so they could slip into death with some amount of comfort.

But He turned it down.

Jesus refused to partake in anything that would reduce His experience, the good and the bad, in life and in death.

Saint Irenaeus said that “the glory of God is man fully alive.”

Jesus was fully alive. From the moment he emerged from Mary’s womb til’ the blood dripped from His toes onto the dirt beneath the cross, I see a man who embraced every ounce of His life, and continues to from His place on high.

To embrace pornography is to escape life.

Ethan is a speaker, writer, and photographer currently living in Los Angeles. He has lived on 6 continents, gone to 6 schools, had 28 jobs, and done 4 one-armed pull-ups. He recently graduated from Moody Bible Institute. Follow him on Facebook here at ethanrenoe.com.
« Previous Post
Next Post »